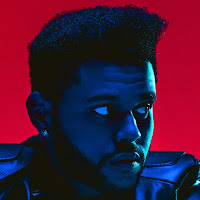 A Biography of The Weeknd

The Weeknd is a talented and popular Ethiopian Hipster R&B artist who hails from the beautiful country of Canada--Ontario in particular. Born on February 16, 1990 under the name of Abel Tesfaye, he felt the pains of a less than ideal child's life while growing up. His father was not around and his mother worked many hours to care for his needs; therefore, his grandmother took the lead in his life. His native language is Amharic since his grandmother did much of his raising. This is a language commonly spoken in Ethiopia.

At the age of 17, Abel adopted the stage name, "The Weeknd," after he dropped out of his high school. He later met Jeremy Rose (a producer) and the two collaborated to create three different songs: "The Morning," "What You Need" and "Loft Music." While Rose had no interest in keeping these songs, he let Abel have them under one single condition. He had to be credited with the songs should they be distributed. Abel later published these songs on YouTube under his stage name without crediting Jeremy; and these three songs gained enough popularity to spark an interest in The Weeknd. Later on in 2011, he released a mixtape, "House of Balloons," on his website for free and was ultimately nominated for the Polaris Music Prize that year.

From his first gig at the Mod Club (Toronto) to his performance for the Coachella Festival (Indio, California), The Weeknd has achieved a level of fame and rock-solid fan support that continues to snowball as he attracts hundreds of fans with each passing day. The Weeknd possesses an established and successful career that is full of promise.