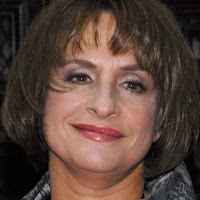 Patti Ann LuPone is an American actress and singer, best known for her work in stage musicals. She has won two Grammy Awards, two Tony Awards, and two Olivier Awards. She is also a 2006 American Theater Hall of Fame inductee.
LuPone began her professional career with The Acting Company in 1972 and made her Broadway debut in Three Sisters in 1973. She received the first of seven Tony Award nominations for the 1975 musical The Robber Bridegroom. She won the Tony Award for Best Actress in a Musical for her role as Eva Perón in the 1979 original Broadway production of Evita. She played Fantine in the original London cast of Les Misérables and Moll in The Cradle Will Rock, winning the 1985 Olivier Award for Best Actress in a Musical for her work in both. She won a second Tony Award for her role as Rose in the 2008 Broadway revival of Gypsy, and a second Olivier Award in 2019, winning Best Actress in a Supporting Role in a Musical for her role as Joanne in the West End revival of Company.