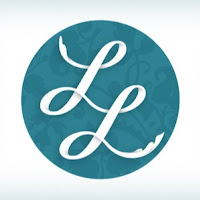 Active Malayalam film production did not take place until the second half of the 20th century: there were only two silent films, and three Malayalam-language films before 1947.With support from the Kerala state government production climbed from around 6 a year in the 1950s, to 30 a year in the 1960s, 40 a year in the 1970s, to 127 films in 1980.
The Kerala State Film Awards are given to motion pictures made in the Malayalam language. The awards have been bestowed by Kerala State Chalachitra Academy since 1998 on behalf of the Department of Cultural Affairs of the Government of Kerala. The awards were started in 1969. The awardees are decided by an independent jury formed by the academy and the Department of Cultural Affairs. The jury usually consists of personalities from the film field. For the awards for literature on cinema a separate jury is formed. The academy annually invites films for the award and the jury analyses the films before deciding the winners. The awards intend to pr