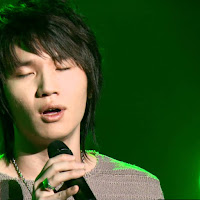 Kim Hyung-soo, better known by his stage name K.Will, is a South Korean singer. He debuted in 2007 and has since become known for his chart-topping ballads. He has also been dubbed the "Prince of OST" for his frequent Korean drama soundtrack appearances.
K.Will has released four full-length albums: Left Heart, Missing You, The Third Album, and The Fourth Album.